The WEEE EU Directive: Distribution and disposal of electrical appliances in the EU and Europe

No matter whether it is a television, refrigerator or microwave: Electrical waste is currently one of the fastest growing waste streams within the EU, which is why the proper, i.e. legally compliant and environmentally friendly, disposal of electrical waste has become a key challenge for European waste management. After all, the production and disposal of electrical and electronic equipment is not only associated with an enormous consumption of resources but also leads to considerable environmental pollution. 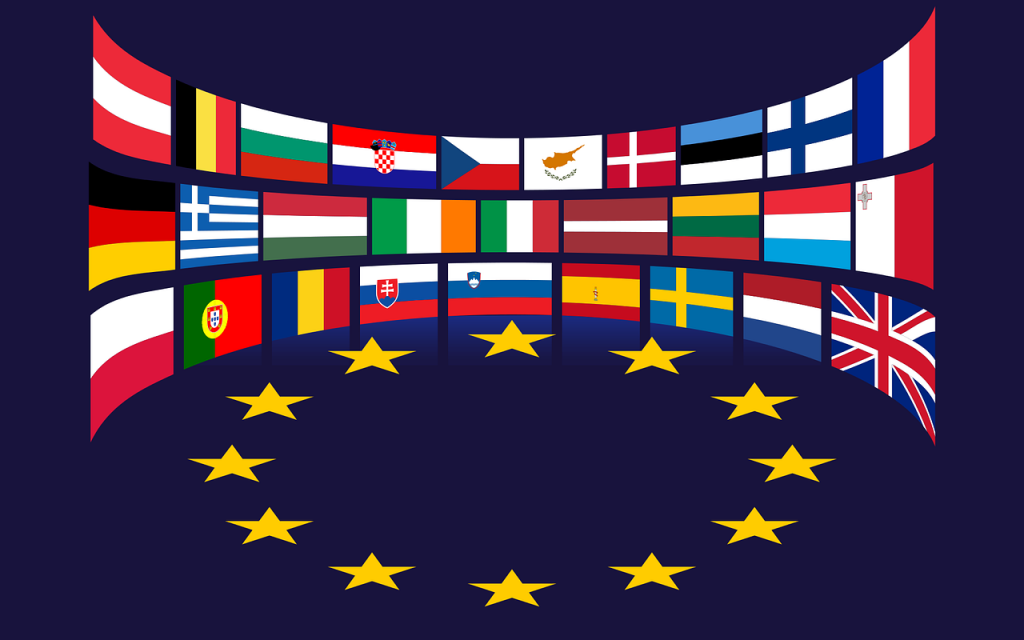 The WEEE Directive sets EU-wide standards for the treatment of electrical and electronic equipment.

The WEEE Directive (WEEE = Waste Electrical and Electronic Equipment) is intended to ensure the proper disposal of waste electrical and electronic equipment within the EU. The following international framework conditions must be implemented in each Member State through individual national solutions:

Cost assumption by the manufacturer

In general, only public utilities, manufacturers and authorised representatives are entitled to collect electrical equipment and electrical waste: the non-profit or commercial collection (e.g. by scrap dealers) of hazardous waste, which, as a rule, also includes waste electrical and electronic equipment, is prohibited.

What is WEEE compliance?

Everyone who sells or puts electrical goods in circulation must fulfil their extended producer responsibility with regard to disposal and recycling. WEEE compliance is considered to be achieved if you comply with all the obligations set out in WEEE Directive 2012/19/EU.

As an initial supplier, you are obliged to register with the national systems and authorities and to cover disposal costs. These obligations are always binding, even if you are not aware of them. Non-compliance can affect not only your turnover, but also the environment and your company’s reputation. Understanding what is WEEE compliance and ensuring its implementation therefore is crucial. Sanctions range from fines to distribution bans to personal liability. The postponement of obligations does not release you from liability. By law, the producer is obliged and liable for the fulfilment of all requirements.

If WEEE compliance is not achieved, the following applies: The owner of the product at the time of crossing the border is obliged to fulfil all obligations under the national EPR.

B2C or B2B WEEE compliance – does it make a difference?

There is no distinction between business to business (B2B WEEE compliance), sales to intermediaries, business to consumer marketing or even distance selling via the internet. If in doubt, all parties involved will be prosecuted! Thus, meeting WEEE compliance requirements not only provides you with security, but also with competitive advantages as well as flexibility, proven sustainability, immense cost savings and increased social standing.

Has your question “What is WEEE compliance?” been answered? If not, please feel free to contact us. We will be happy to support you in understanding and meeting WEEE compliance requirements.

As there is no EU-wide central registration body to date, there are quotas for the distribution and disposal of waste electrical and electronic equipment, which are used to calculate the quantities recycled and recovered. Depending on the type of equipment, these are between 50% and 80%. If you want to sell your products in several EU countries, you must therefore register your equipment individually in each country in order to comply with local manufacturer obligations! Otherwise, you could face high fines.

As every country in Europe or the EU has its own WEEE legislation, this heterogeneity can cause various problems in other EU countries. Even though the WEEE Directive forms a basic legal framework for the handling of (waste) electrical/electronic appliances, the differences between the individual Member States are sometimes enormous. This is true, for example, when it comes to the classification of electrical appliances into the various product categories. There are also often linguistic problems. This is because WEEE legislation is often only available in the national language of the respective Member State. Each Member State must also ensure that manufacturers who are represented in their own country designate authorised representatives in the other Member States before they distribute electrical or electronic equipment there.

One of the most important changes to the new WEEE Directive 2012/19/EU was the changeover to open scope on 15 August 2018. Thus, all electrical and electronic equipment is subject to compulsory registration according to the WEEE Directive. 2018 therefore represents a turning point: since then, significantly more devices have been subject to compulsory registration than under the old Directive 2002/96/EC. For example, since 15 August 2018, the obligation has also applied to furniture and clothing or textiles with electrical functions.

With the amendment, the categories for recyclable equipment were redefined in the WEEE Directive. The following six equipment categories have applied since the changeover to open scope.

This change not only applies to new registrations in accordance with the amendment to the WEEE Directive but also to all existing registrations before the changeover to open scope. Manufacturers had to check for themselves by 31st December 2018 whether a registration as a new equipment type was necessary according to WEEE Directive 2012/19/EU and whether an additional or replacement registration was required.

The situation in Germany: what is governed by the German Electrical and Electronic Equipment Act?

The WEEE Directive 2012/19/EU is implemented in Germany by the German Electrical and Electronic Equipment Act
(ElektroG). Consequently, ElektroG regulates the placing on the market, take-back and environmentally-friendly
disposal of electrical and electronic equipment.

Who needs a WEEE number?

The German Electrical and Electronic Equipment Act stipulates that every manufacturer and distributor of electrical and electronic equipment must register with the stiftung elektro-altgeräte register (stiftung ear) and maintain a corresponding WEEE number. Even though the WEEE number usually always remains the same, each equipment type or each new brand of a manufacturer must be registered separately with stiftung ear. Failure to comply with this obligation may result in a warning under competition law and a fine of up to 100,000 euros.

What is a WEEE number?

The WEEE number is a manufacturer number that is assigned following successful registration with stiftung ear. It should be understood as a kind of user or customer number that can also be used for future product registrations. The number is comprised of …

This WEEE number must be stated on invoices and during product sales. As stiftung ear is the official directory of all registered electrical manufacturers (or their authorised representatives) in Germany, all manufacturers can be viewed online using the number in the database. This makes it easier to check whether the WEEE Directive is actually being implemented at a national level. In the event of doubt, it is possible to revoke a registration that has already been granted.

Who needs to take back electrical appliances?

While the implementation of the WEEE Directive in Germany is regulated by the German Electrical and Electronic Equipment Act (ElektroG), other national laws apply in other EU countries. We will show you below what you need to consider when exporting to other EU countries.

Anyone wishing to place electrical/electronic articles on the Austrian market is subject to what is called the ‘Ordinance on Waste Avoidance, Collection and Treatment of Waste Electrical and Electronic Equipment’ (EAG-VO), which is very similar to the German ElektroG. Registration and application for the WEEE number are carried out here directly at the Austrian Environment Agency (Umweltbundesamt). However, the costs are significantly lower than in Germany.

Netherlands
In the Netherlands, the distinction between commercially and privately used electrical and electronic equipment is
crucial for subsequent disposal and recycling. Here, the retailer is responsible for taking back electrical and
electronic waste from households (B2C). B2B equipment, on the other hand, must be returned directly to the product
manufacturer.
The classification into B2C and B2B appliances is based on a number of simple criteria, such as the weight or size
of the appliance.
Denmark
Unlike in other countries, local authorities are responsible for taking back electronic waste here. This regulation
applies to both private households (B2C) and commercial electrical and electronic equipment (B2B). The waste
equipment is collected from either

In addition, retailers in the United Kingdom are subject to the ‘in-store take-back obligation’: when selling a new product, they are all obliged to take back a waste electrical/electronic appliance from the same category free of charge – unless they have previously paid a fee to the retailer take-back system.

There are currently also legal regulations and framework conditions in many non-EU countries that are very similar to the WEEE Directive, such as in Switzerland, Norway and Liechtenstein. In Switzerland, for example, this is regulated by the ‘Ordinance on the Return, Take-Back and Disposal of Electrical and Electronic Equipment’ (VREG). In Norway, the directive is implemented in the Waste Recycling and Treatment Regulations (Waste Regulations) (‘Forskrift om gjenvinning og behandling av avfall (avfallsforskriften)’).

Do you have any questions or would you like an individual advice/consulting? We are at your service. Contact us! 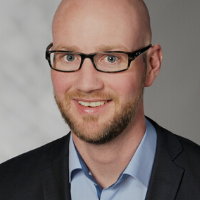 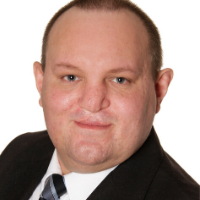 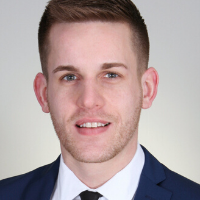 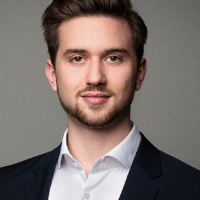 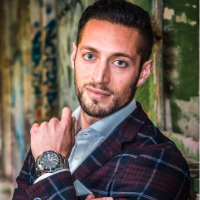 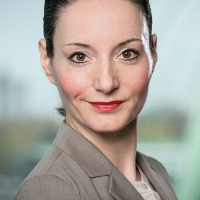 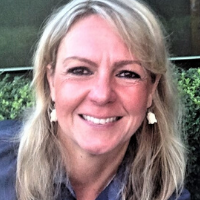 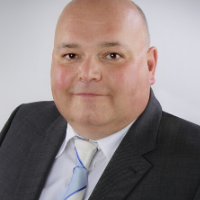 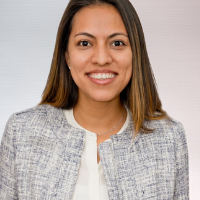 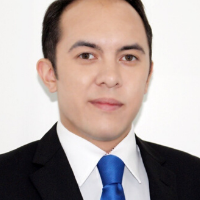 E-mail
Latest from our Blog:
Interesting topics:
Go to Top
Do you have questions?

Give us a call